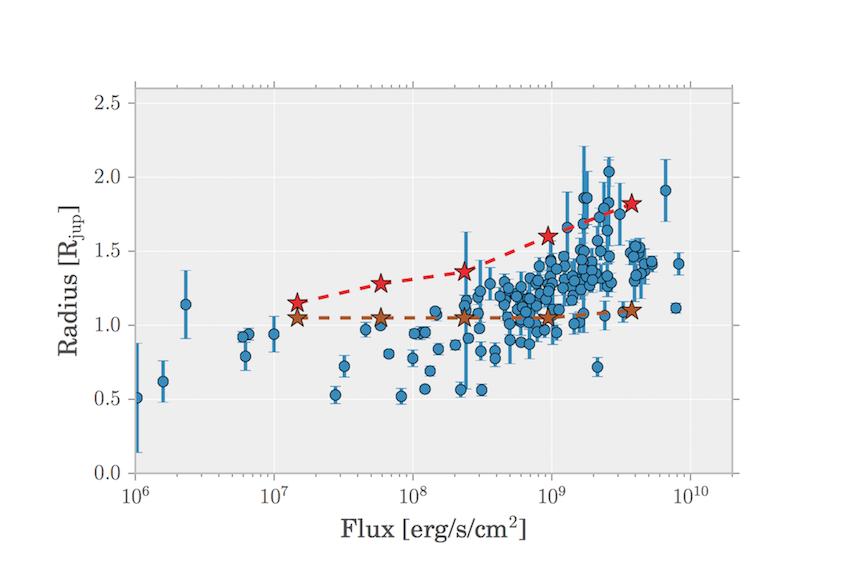 The anomalously large radii of strongly irradiated exoplanets have remained a major puzzle in astronomy. In this new ApJ paper, based on a 2D steady state atmospheric circulation model, the validity of which is assessed by comparison to 3D calculations, we reveal a new mechanism, namely the advection of the potential temperature due to mass and longitudinal momentum conservation, a process occuring in the Earth’s atmosphere or oceans. At depth, the vanishing heating flux forces the atmospheric structure to con- verge to a hotter adiabat than the one obtained with 1D calculations, implying a larger radius for the planet. Not only do the calculations reproduce the observed radius of HD209458b, but also the observed correlation between radius inflation and irradiation for transiting planets. Vertical advection of potential temperature induced by non uniform atmospheric heating thus provides a robust mechanism explaining the inflated radii of irradiated hot Jupiters.